Almost everything worth doing is risky

Almost everything worth doing is risky

Risky Business in a hard market

Almost everything worth doing is risky! Risk-taking can be good for small business growth – but risky environments or unforeseen incidents can also bring a business to its knees.  Think listeria and product recalls, think construction disasters, burning trucks during protests, and just recently – cyber crimes within trusted companies, risking the exposure of public data.

SMEs need to make sure that they don’t leave themselves exposed to a crippling knock to their business due to having inadequate insurance cover.

Here is some good insurance advice from Econorisk on how to start managing your business for risk when risk can’t always be calculated.

We are in what the short-term insurance industry calls a hard-market cycle. What is it, and how did we get here?

The South African short-term insurance industry experienced a wave of knocks and entered a hard market cycle from about mid-2017. This was triggered by the terrible storms in the Cape last year, followed by the devastating fires that swept through the Knysna and Plettenberg Bay areas; spreading across to PE.  Floods in Durban, a R1bn warehouse fire, and a catastrophic bulk carrier crash in Durban harbour added to the turmoil.

In his 37 years in the industry, Econorisk CEO – Guy Scott, says the last real hard market we experienced in South Africa and globally was post 9/11. “But that was short-lived; there was the typical spike in premiums and pricing was driven by re-insurers – but there was a fairly fast return to pre-9/11 pricing.”

Now we find our local environment has become increasingly volatile, challenging and uncertain. While last year’s fires and drought were said to be about climate change, the spectre of the 2018 listeria outbreak continues to have an extremely costly impact on the food and retail industry along with more than a whiff of reputational damage for some. In April we saw scenes in the media of 32 trucks being burned in protest action at the N3 Toll Plaza near Mooi River, where according to the Road Freight Association, the SA trucking industry suffered R300m worth of losses in one month alone.  That’s how we find ourselves in a hard market cycle.

Pondering forces of nature and Acts of God could give any business owner sleepless nights! So what does working through this hard market mean for SMEs?

We definitely don’t want to put the fear of God into businesses or dampen entrepreneurial spirits.  Risk is what drives innovation and growth in SMEs.

A more practical approach for anyone operating a growing business in this tough economic climate is to take stock of the type of short-term insurance they have in place.  And for those businesses where risk management was never fully previously considered, there’s an absolute necessity in a hard market cycle to ‘do it or be damned’.

Small businesses don’t necessarily have large budgets, especially when it comes to insurance. How can you ensure that you’ve got adequate cover against risk as an SME?

The ultimate threat to SMEs may not lie in the possibility of a catastrophic event, the real threat is the danger of small and medium businesses ticking boxes, and getting basic cover that couldn’t possibly cover them adequately.  Take a look at the tips below.

Tip 1: It’s crucial that SMEs have a trusted advisor on their side – a partner to give the right advice upfront. Pick a brokerage that will champion your case on a claim not leave you to fight for your rights on your own.

Tip 2: Ensure your business meets the minimum regulatory and legal compliance requirements from the get go.

Tip 3: Work in partnership with your advisor to purchase the correct cover with adequate limits. Have a conversation!

Tip 4: Be informed of new and emerging risks. We saw how the listeria outbreak has had a knock-on effect on the food industry. Fin24 recently reported that a minimum of R380m is the expected cost to Tiger Brands alone of recalling its subsidiary Enterprise Foods products as a result of the outbreak.

Tip 6: Be aware of cheap and nasty insurance offerings based on tick box advice. 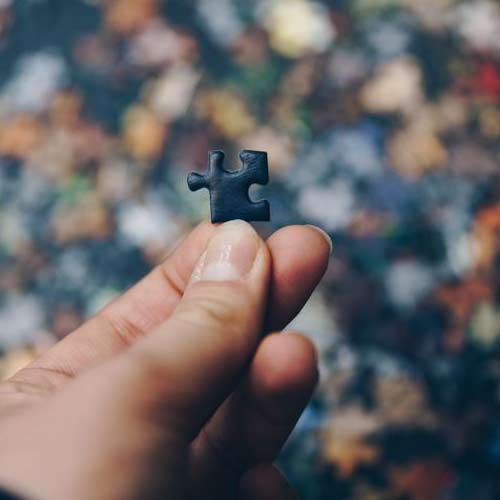 The really important thing for SMEs to realise is that Rome wasn’t built in a day – it’s OK to go step by step with your risk management.  It will take some time to meet all the compliance and regulatory needs.  But whatever you do, make sure you are putting quality cover in place from the start with a trusted advisory partner.

You can find out more about which cookies we are using or switch them off in settings.

This website uses cookies so that we can provide you with the best user experience possible. Cookie information is stored in your browser and performs functions such as recognising you when you return to our website and helping our team to understand which sections of the website you find most interesting and useful.

Strictly Necessary Cookie should be enabled at all times so that we can save your preferences for cookie settings.

If you disable this cookie, we will not be able to save your preferences. This means that every time you visit this website you will need to enable or disable cookies again.